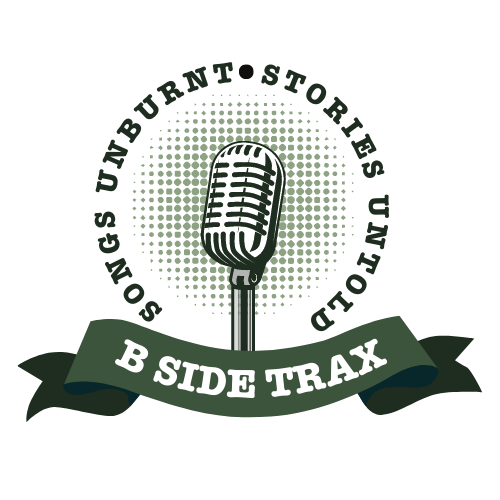 Modern day radio has become so highly formatted that there is little room for less popular songs.  B-Side Trax is the perfect program adding 22-23 unique songs to your playlist without touching your current library. Not to mention the captivating back stories told by a truly engaging Raconteur. It's also a daily feature your sales team can market to their local clients.

A savvy blend of old & new, more & less familiar songs, each with its own fascinating tale. Built as a daily featurette or as the cornerstone of a retro hour.

Here's what a week's Alternative shows would look ( & Sound ) like:

Friday - She Talks To Angels

As if the well-crafted songs weren’t enough, tack on an engaging story from ‘behind the music’ & you’ve got an audience engaging feature 5 days a week.

Here's what a week's Classic Rock shows would look ( & Sound ) like:

Friday - Too Young To Fall in Love

Poppy & peppy, it isn’t just rock songs that have great & interesting fables & legends.  Your listeners will adjust their schedules so they won’t miss this show.

Here's what a week's Classic Hits shows would look ( & Sound ) like:

He wakes up every morning with a different song playing in his head.  Record stores were his second home, going to his parent’s house occasionally for meals & sleep, getting up early on Saturday mornings to listen to his parent's vinyl

He got his start in radio in Ft Myers, FLA also working on air in San Diego as a traffic reporter & newscaster.  Media has always been in his blood.  B-Side Trax is just his latest sortie into his lifelong passion for radio & music.

So please, enjoy the songs & their stories, nothing would make him happier …

Email mike@highwaystarentertainment.com
Or call 858-205-2000 to discuss adding B Side Trax to your station's programming.